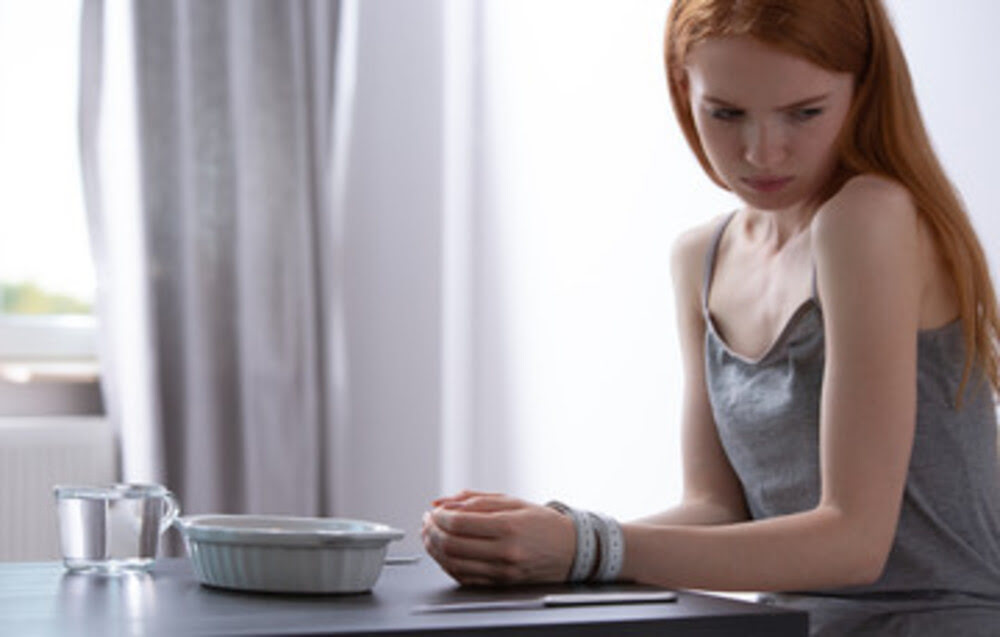 Well, okay. I’m 100% vegetarian, and a “relaxed” vegan. I eat vegan the vast majority of the time, but I will make occasional exceptions (like, for example, the fun size reese’s pieces that I’m having right now).

I went vegetarian at 16, when my eating disorder was active. I will be honest and say, yes, of course my e.d. influenced that decision. My e.d. influences many, many decisions. It influences, for example, what I put on in the morning. Does that mean I shouldn’t wear pants? Of course not! B/c even though my e.d. might influence what pants I put on, I also recognize the fact that there are many more important, practical, clear, logical reasons to cover up my bottom half today – the weather, public indecency laws, comfort, boundaries, etc. Plus, I just want to wear pants. Probably my cords. Ed might try to influence the decision, but ultimately I am going to wear my cords (whether Ed likes it or not) for reasons far beyond my e.d.

As probably many eating disordered people can tell you, when you have an eating disorder, it influences a HUGE number of decisions – big and small – that you make throughout the day. It’s the all-encompassing nature of the disease. Does that mean my decision to wear my cords today is ALL ABOUT, or even primarily about, my eating disorder? Of course not. That would just be silly!

And I know that food choices are different than pants choices. Food seems more central to an e.d. because that is the symptamotology. Though, I would argue that clothing/size/body image is also very much impacted by an e.d. But, yes, I understand that they are not the same.

What is the same is the fact that, though my choice to go vegetarian may have been influenced by my eating disorder – as so many decisions are – it was not the primary reason I went vegetarian, nor is it now. I went vegetarian initially because I love animals. I love them. I knew that I personally would never be able to slaughter an animal, to take its life, to eat it. When I really thought about this, it seemed unethical to me for me to allow someone else to do that in my name. As I learned more about the meat industry in the US, my ethical decision to be vegetarian was reinforced. Then, as I became Quaker and pledged to live in accordance to non-violence, I saw vegetarianism as in line with that too. So, the reasons are actually logical, rational, and very clearly line up with what I believe. It seems that I have an eating disorder AND *gasp* reasonable, clear, healthy, competent reasons for being a vegetarian.

And, yet, over time, I had it drilled into my head (by books, by doctors, by family members, by some e.d. professionals and activists) that an eating disordered person who is vegetarian *must* be using it to restrict. So, during one of my early periods of recovery, I gave it up. I stopped being vegetarian. I thought I needed to give it up in order to recover. Though I recognize that this may be the case for some people, personally, I regret this choice. My weight skyrocketed above my set point. I felt sluggish. I wasn’t digesting well. And, mostly, I felt like I was living a lifestyle that went against many of my core values. After about eight months, I switched back to being vegetarian. I missed it too much. I missed the lifestyle. And after switching back, I felt so much better emotionally, mentally, and physically. AND I had the medical tests to support it – my weight gradually went back to my set point, my iron levels actually went UP, my vitamin &  minerals were coming from my plant-based diet rather than a tablet, my protein was in a realistic range that my body could use, rather than sky-high like many people’s. My energy came back. I slept better. For my personal body, it seems, vegetarianism is the way to go.

And yet, I still get flack for it a lot of the time. I get things like, “You lost weight because you’re vegan.” No. Dead wrong. I lost weight because *I have an eating disorder.* Let’s not confuse the two. They’re not necessarily synonyms. I also read things with alarming frequency that are skeptical at best and downright disapproving at worst in their assessments of vegetarianism in people with eating disorders. I keep thinking that people will realize that assuming vegetarianism is about restricting is unfair. And yet, it keeps coming up time and time again.

The book “Gaining” is the most recent thing that I read, which is what inspired this post. I had heard so many good things about “Gaining” – that it is progressive, that it is insightful – and, in many ways, it is. Until the lauded example of the e.d. dietitian who, when confronted w/ a vegetarian client, would “test” them by asking what animal rights organizations they were part of.

I’d like to suggest another approach. What if, instead of immediately creating an environment of skepticism and mistrust by interrogating a client’s vegetarianism, e.d. treatment providers create a space of non-judgmental curiosity and trust that would encourage a client to open up about their reasons for vegetarianism? That way, a client who had chosen vegetarianism as a way to restrict (and, yes, of course I acknowledge that this happens) could ask for help from their RD and treatment team without fear of being told “I told you so” or being judged. Also, that way a client who was an ethical vegetarian could actually have support in having BOTH their ethics AND their recovery.

You know what the skepticism about vegetarianism in the e.d. community does accomplish? It’s incredibly effective at keeping a lot of us out of treatment. I know a number of eating disordered vegetarians who won’t see e.d. dietitians because they fear they will be questioned at best and condemned at worst. Last I checked, there were no IP programs that would support veganism. Some will support vegetarianism, though many won’t. Most residential programs will not support veganism, and often those few that do merely “tolerate” it – be prepared to eat A LOT of peanut butter & jelly (not sure how this helps break repetitive eating). I know a number of people who have gone to residential programs (that shall remain nameless) and were told before admission that they could remain vegetarian, but upon arrival the rules changed (NOT helpful in any psychiatric treatment) and they were told that their vegetarianism was a means of supporting their eating disorder, and the RDs wouldn’t work with them as vegetarians. I have seen them after discharge at my treatment center, wanting to switch back to being vegetarian, but they have had their own sense of self-trust undermined. Those who do switch back for healthy reasons, then have to restructure what they eat yet again under the guidance of the RD at my treatment center. Big dietary changes like this can be difficult for anyone, but especially for people in recovery, vegetarianism or not.

Personally speaking, I put off seeing an RD for quite some time last year because I did not want to have to battle over my ethics. Then, I found my current RD’s description on my treatment center’s website, and her bio said very clearly that she specialized in eating disorders AND was interested in vegetarian diets. I immediately made the phone call. If she hadn’t had that statement on the website, I may never have found my way to my incredible treatment center. I have switched to being vegan while working with her, and it has actually been incredibly beneficial to my recovery. When I decided to switch to being vegan, my RD did ask me about it. Like I said, I do realize that there are people who use vegetarianism/veganism as a way to restrict. So, yes, I think it’s very important for treatment providers to have open and honest discussions with clients about their food choices, perhaps even at multiple points in treatment. And that’s what my RD  (who’s not a vegetarian, for the record) did with me. When I told her I was thinking of switching to veganism, she asked me, with curiosity and compassion rather than judgement, about my reasoning. She asked me if and how I thought it would impact my recovery. I told her my reasons, explained my ethical views, my understanding of veganism and my recovery, etc. And she trusted that I was making reasonable, healthy, competent decisions based on my food politics and ethics. Because of that trust, I have had the benefit of an RD’s guidance as I transitioned to veganism. And it has been so beneficial to my recovery. Often in the support group that I attend at my center, there are other vegetarians and vegans who inevitably at some point mention that they are so grateful to have found a treatment center and an e.d. dietitian who will support vegetarianism/veganism. It has made treatment possible for many of use who had been met with with (and still often are met with) skepticism and mistrust when we have simply been trying to live a life in accordance with our reasonable, rational, mature, competent ethics and beliefs.