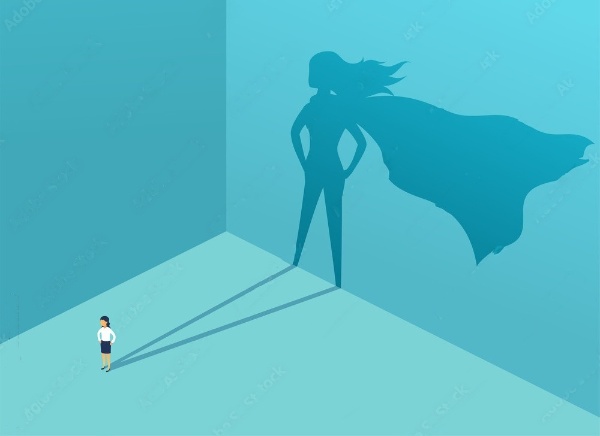 I am not, by nature, a very confident person.  I doubt myself.  For that matter, I doubt everything.  And so, like many people with eating disorders, I doubted my ability to get better.  For years, I thought I was too messed up to ever return to anything called normal.

I was lucky.  I had family and friends and a treatment team who believed in my ability to get better.  As much as I hated being strong-armed into treatment, I realize now that it was a sign of how much they believed in my ability to overcome anorexia.  They (rather smartly) didn’t try to make me become a prima ballerina because the odds that the class klutz could manage a pirouette were pretty slim.  I think they knew, deep down, that I could get better if I had the chance.

There were many things that made a different in my recovery, but I think that was one of the big ones.  I needed someone else to believe in me until I could believe in myself. I tried to get better numerous times, but I could never shake that monkey on my back.  And so each effort, I had less and less belief that it would actually work.  Not surprisingly, each effort had less and less effect on the ED behaviors.

Some of the clinicians I saw doubted my ability to get well.  I was “chronic” and “long-term” and “unlikely to recover.”  I had no reason to disagree with them.  But those treatment providers who did continue to believe in me provided me with a ray of hope.  That ray of hope wasn’t enough for me to kick anorexia on my own.  I had to be strong-armed into treatment one last time, but nonetheless.

It’s hard for people to balance their confidence in your ability to get well and the extreme difficulties that getting better actually takes.  The Pollyanna-ish “Oh, you’ll be fine, dear” struck me as rather fake.  An eating disorder isn’t a cold.  It’s not a take two and call me in the morning illness.  Yet in order to do the hard work, to go to therapy week after week and take your pills and eat the damn food (all that damn food!), you need to know that, somehow, you will get well.

I think people underestimate the effects of confidence.  I finally have confidence in my own recovery, after years of doubt and disbelief.  By giving me no other choice that complete wellness, I could finally get healthy enough to see that recovery was possible.  It sounds almost paradoxical, but it’s true.