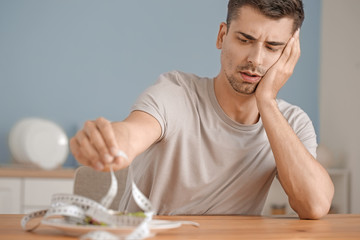 I didn’t realize I had an eating disorder until I confessed one night to my college sweetheart; “Sometimes I make myself sick.”  I know—how do you not get what’s happening when you’re purging?  Sadly, people with eating disorders often can’t accept they’re sick.  They swear what they’re doing is okay.  That’s why I was as shocked as my boyfriend was at the confession.

Our campus therapist was a joke.  I was inches from leaving school and locking myself into a clinic until I attended the semester’s first class of Politics of Sex, a seminar for understanding genders, sexuality, and their roles in society.  Believe it or not, politics became my therapy.

As the days passed, I devoured piles of history, philosophy, and sociology books.  I grew angry.  Very angry.  I grew angry because Aristotle called Woman the “impotent,” “mutilated” male.  I grew angry because countless passages in the Old and New Testaments and the Qur’an put women in lower positions than men.  I grew angry because Freud never concerned himself with the destiny of women.  I grew angry with every page I turned of Simone de Beauvoir’s The Second Sex because it was like reading the diary of my younger, timid, self-deprecating self.  I grew angry because I learned that a man in an American mall demanded that The Body Shop take down its posters of Ruby, as in “Rubenesque,” even if the posters were part of a campaign to encourage women who didn’t look like supermodels to love their bodies.  I grew angry because if any living woman was shaped like Barbie—something children grow up idolizing—or a department store mannequin—something the industry expects us to view as a form of reference—she would die.  I grew angry because I read author Judith Williamson declare that “the desirable shape for a woman . . . is that of a boy.”  Google “model+Tula,” and you’ll see the typical model: “lean, tall, flat-tummied.”  Incidentally, Tula is also womb-less which explains the no-pooch belly.  She used to be Barry Cossey and then became a transgender model.  A man is a blueprint for women.

I ended up writing my senior thesis on gender politics, the media, and their effect on eating disorders.  Analyzing the disorder as its own entity and not as my whole existence allowed me to move past it.  Reconciling the insecurity at the mere sight of a Maybelline ad or GAP store was more difficult, but knowing the history of gender politics helped.  It became easier to eat what my body wanted, no matter who was at the other end of the table criticizing my food choices, when I learned that I had been manipulated by the gender-prejudiced media.  It was easier to raise an eyebrow and say, “Screw you,” when I knew that I was doing right by my body.