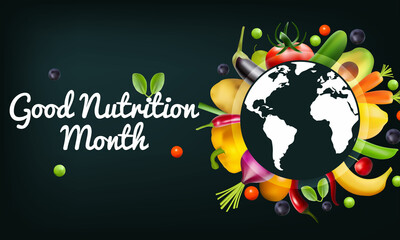 It seems like some people are constantly wringing their hands about how poor people eat (to wit: badly.) And the most popularly proposed solution is to teach them (“them”) more about nutrition! Or educate them in general.

Because obviously they just don’t know what they’re doing. And that’s why they eat so badly, and hence, why their health tends to be poorer!

And eureka! — you have a tidy solution that not only absolves financial and economic guilt, but, as a bonus, allows richer, more-edumacated people to assume the role of benevolent experts.

Here comes the part where I bust up that nice, warm bubble bath.

The reality is that people who don’t have enough money (or the utilities and storage) to buy and prepare decent food in decent quantities, cannot (and should not) be arsed to worry about the finer nuances of nutrition.

Because getting enough to eat is always our first priority.

The idea is that, before we worry about nutrition (i.e., “instrumental food”) we’ve first got to HAVE food. Enough of it. Consistently. And it’s got to be acceptable to us (which, for some people, might mean not coming from the garbage, or meeting certain standards of preparation) and it’s got to taste reasonably good. A little variety is nice, too.

These are not silly little preferences that can be brushed off lightly — even “tasting good,” which seems to always be the first thing thrown out the window when someone decides to change their diet For Health Reasons.

Tasting good is actually a function, biologically, of

Of course, flavour isn’t infallible — C. botulinum can’t be detected by taste, for example, and ethylene glycol, a.k.a. antifreeze, is apparently as tasty as it is poisonous — but there’s likely a strong evolutionary reason why we developed certain flavour preferences. And it’s not because we’re totally depraved and destined by our love of Twinkies to doggy-paddle the Lake of Fire forever and ever, amen.

It’s because, for the most part, those preferences kept us fed and out of trouble with food. And they still do.

For most of us, this becomes apparent for the second reason listed above — when we’re hungry. I’m sure you’ve noticed how cake and fried foods and whatnot become SUPER MASSIVELY APPEALING when you’ve either missed a meal or started a diet.

It’s not because you lack willpower or have an inborn preference for BAD, BAD JUNK FOOD — it’s because those foods are naturally jam-packed full of what you need right that instant: energy. Meaning, calories — most of them coming from carbohydrate (whether it’s starch or sugar) for instant energy, and fat for MOAR energy (and tasty, creamy mouthfeel, to boot.)

So, extend this to someone who doesn’t have enough food on a regular basis. In my neighbourhood, which is poor, corner stores sell Ensure and Boost individually for about $2, right up in a big display near the counter. You find empty bottles of the stuff laying around on the sidewalk next to smashed beer bottles.

It’s complete nutrition; it’s portable and requires no preparation; and it’s reasonably calorie-dense. Imagine being hungry and walking into that corner store with a couple of bucks in your pocket.

Sure, choosing the Ensure over a chocolate bar or bag of chips might make logical sense, and you might even do that sometimes to ensure you don’t end up with some horrific nutrient deficiency. But there’s one important point I forgot to mention about Ensure and Boost: not super tasty.

So, when it comes down to it, you’re likely to choose the tastier option — which is pretty calorically dense and provides some nutrition (as well as the satisfaction of chewing actual food) — more often than not.

And it’s not because you’re stupid, ignorant, lazy, or just a bad, bad person who loves bad, bad food.

It’s because other needs come first.

The following quote from this book sums things up nicely as it relates to what people really need when it comes to nutrition, and how nutritionists, dietitians, and social workers can best help:

Is it our role to teach the poor how to live quietly on less than minimum standards of health and decency and how to starve on minimum wage? Do we teach them how to budget malnutrition more neatly? Or is it our job to struggle for those minimum standards…?

I think you know what answer I’d choose. And once again, we’re back to the social determinants of health.

You want people to eat better? Give them enough money, a place for cooking and storage, and access to a decent variety of food.

Then you can worry about the finer points of nutrition.