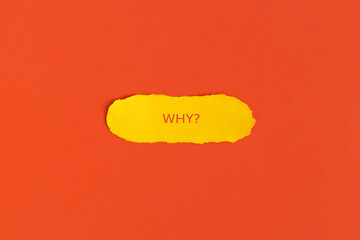 Regardless, I’m just gonna go ahead and jump right in here, because this whole Jillian Michaels saga is making my brains ooze out of my ears. And I need my brains. I find them helpful in this whole saga that is graduate school.

Let me be frank. I don’t particularly care for Jillian Michaels. While I admire her personal tenacity and while I appreciate that she at least seems to care for the people she works with, I think that the way that she pushes the contestants on “The Biggest Loser” is abusive and unhealthy.

Do I hate that she’s marketing dangerous and harmful weight loss products like diet pills? Abso-fucking-lutely!! AND, do I watch The Biggest Loser? Occasionally. Is this a healthy decision on my part? Not particularly. Do I like The Biggest Loser? NO. I hate it. I hate, hate, hate it. I’m digusted by the way that the show turns eating disorders (and, no, I’m not saying that all obese people have eating disorders) and obesity into a sideshow. I hate that they teach methods of weight loss that are eating disordered, extreme, unhealthy, and unsustainable. There are so many reasons I hate “The Biggest Loser.” But that’s another blog post.

What I am going to do in this post – as much to my own surprise as anyone else’s – is defend Jillian Michaels’ right to decide to adopt rather than have biological children. Because it is her choice. And, frankly, I think that there’s nothing “wrong” with her reasoning for it, and I don’t think she should actually have to justify it at all. She’s not hurting anyone. She’s not committing a crime. It’s her body and her choice.

And yes, I do have personal stakes in this. I, too, expect to end up adopting rather than having biological children. I have a number of reasons for this. One is that the genetic component of eating disorders worries me, and these diseases very clearly run in my family. Another is that there are so, so many children who have already been born and who need good homes, and I know that I could provide that home for them. I also have adopted cousins and one of my closest mentors has three adopted children, so the choice to adopt seems just as “natural” to me as the choice to have biological children. And, frankly, like Michaels, in terms of pregnancy, I don’t know that I can “handle doing that to my body.”

Michaels has been unfairly criminalized – as if she said that pregnancy alters all women’s bodies in negative and adverse ways. As quoted in the Salon piece linked above, one journalist claimed that  “in one fell swoop, [Michaels] insulted many of her biggest fans and murdered the self-esteem of many expecting mothers and women who have recently given birth.”

Furthermore, as someone who believes that women should be able to choose – without guilt or the need for justification – whether or not they want to have biological children or be pregnant, I actually say, Kudos Jillian. I respect your choice and your willingness to make it public. I know numerous women who do not necessarily want to have biological children because they do not have a desire for – or might even have an aversion to – pregnancy. Yet so many are afraid to voice that opinion because of exactly the backlash that Michaels is experience. So, thank you Jillian. Thank you for legitimizing our voices too.

What do you all think?