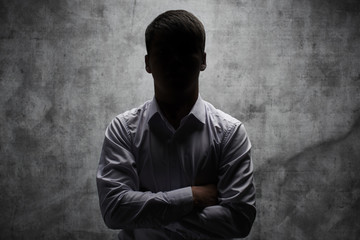 Contents hide
1 Still, since high school, I haven’t been content.
2 I don’t want to say it, but it’s true. It’s like I’m a woman.
3 One thing I do know: Body image is no longer an exclusively female problem.
4 Related Posts:

Brad Pitt is a beautiful man. I’m a male, I’m straight, and I don’t mind admitting that Brad’s body, especially in “Fight Club,” is an impressive sight. Same with D’Angelo, in that powerful, sexual “Untitled” video; he’s a put-together dude, and there’s no reason to deny it.

But while I’m cool with thinking those guys are fine, I’m bothered by my occasional inability to see them, Men’s Health magazine, or any Soloflex commercial, without honestly believing that unless I have three percent body fat, a hairless torso and washboard abs, I’m a sorry human being.

I spent the week after watching “Fight Club” counting calories like Sarah Ferguson; if I catch “Untitled” on MTV Jams before heading to work in the morning, I usually skip breakfast and double that day’s workout.

After a long time believing I run, lift, bike, hike and try to “eat right” in the interest of being fit, I’ve realized my motivations are more superficial than healthy. Instead of seeking true mental and physical fitness, I worry about appearances—about what I’m convinced I should look like, based on magazines, movies and MTV.

I go through streaks of avoiding certain foods not because they taste bad or otherwise disagree with me, but because I’ll feel guilty after eating them…like getting freaky with Little Debbie or Sara Lee is something I should be ashamed of.

The thing is, I’m actually in pretty decent shape—about 6′ 2″, 200 pounds, and relatively solid. I don’t lift much, but I do a lot of pushups, pullups and crunches, and I run and bike about 80 miles a week. Most of the time, I usually eat whatever I want, and while I’m working some back fat and a little extra around the middle, I’m not doing too bad. I’m not ripped, but I’m not flabby, and I’m healthy enough to feel lucky.

On an intellectual level, I understand that every human body is different, and that there are no “right” and “wrong” ways to look, and that I don’t have to live up to anyone’s standards by my own.

But what are my standards? A few years ago, I lived with a bodybuilder who was my height, plus 40 pounds, and about four percent body fat. I felt skinny and soft and sub-par that whole year. Now, I live with a competitive runner who weighs about 140, and if I’m not careful, I start feeling like an oaf, all big and clumsy and excessive.

My head just about explodes trying to find a balance between what women want to see, what constitutes fitness, and how much (and why) I actually care. It’s tough to observe my own standards when they never stay the same, and when they’re manipulated by forces I don’t always comprehend.

So what the hell is going on? Why do I spend so much time in the mirror, flexing and twisting and prodding and scrutinizing every part of my body that I deem less-than perfect? Why can a Polo Sport ad inspire me to denounce all fat and commit every waking moment to some sort of muscle-building or cardiovascular activity? Why, after my girlfriend tells and shows me in 50 different ways that she considers my physical presence a religious experience, do I ask her if she’s attracted to me? It’s like I’m a…

My sense self-esteem too often depends on how I see my body, and my body image is increasingly affected (infected?) by a continuous, arbitrary onslaught of images and messages that dictate the rights and wrongs of physical appearance. And I’m not the only guy going through it. I’ve got buddies who are manly men—who would punch me for saying what I did about Brad Pitt—but who get real touchy about what their asses look like in a pair of jeans. I know dudes who won’t eat anything that’s not low-fat, non-fat or otherwise tasteless because they “need to lose a couple pounds.” Just the existence of magazines like FLEX and Men’s Fitness proves that men provide a viable market for folks looking to make money by exploiting bullshit ideas of perfection.

I used to wonder why every woman in Glamour and Shape is impossibly gorgeous and half-dressed—I couldn’t figure out why women (straight women, at least) wanted to gawk at sexy pictures of other women. Then I realized something: they don’t want to see those models, they want to be them.

Somebody way smarter than me figured that out a long time ago and started making serious cash selling women images and ideas that breed dissatisfaction and self-doubt.

Men are also consumers, and we’re just as receptive to the suggestive sell. Now, somebody’s making money off our insecurity, too. Karma’s for real, baby, and it’s coming to get us.

This is complicated stuff, man. Why do so many people obsess about body image? Do we want to look good for other people, or for ourselves? Are we trying to attract a mate, or prove our dominance over the competition?

Do conflicting messages breed insecurity and self-abuse? Or are magazines and movies just mirroring a culture that values style over substance, looking good over feeling good, and what sells over what’s right?

One thing I do know: Body image is no longer an exclusively female problem.

In fact, men now have 10% of all eating disorders. Body image isn’t limited by race, culture, religion, social or financial status, education or geography either. It’s a human problem, and it runs remarkably deep. And since we caused it, I’d like to believe we have the ability to fix it.

Where do we start?