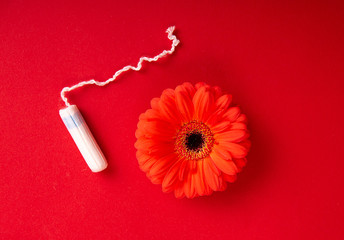 Tampons are a great invention. They make my life a lot better. I’ve been thinking about them in a slightly different way. And it makes me thankful to be human.

But here is where I am not very good at being human: most tampons scare me.

I’m young, but over the course of the time I’ve had any interest in them, tampons have evolved in dramatic, flagrantly unnatural ways. They went from chunks of fibrous white stuff in a heavy paper shell to sleek plastic tubes that cradle a molded dollop of synthetic cloth. They look like vicious little pink bullets. You’re supposed to shoot up.

The other day, I went to the corner Duane Reade, and they were out. Of the ONLY kind I’m not scared of. O.B. The kind that hasn’t changed at all. The simple kind, that’s just the actual tampon, without a sexy stainless steel machine that catapults it into your innards, or a fuchsia leopard print trigger, or three layers of wickedly sharp plastic shaped like flower petals that peel away from the nose of the missile when you eject it.

There were rows of gleaming Tampax and Playtex and Kotex, and if there are other brands with an “x” at the end, I’m sure they were there too. The boxes were bigger, more menacing, taunting me wide, pearly pink smirks.

I went to the little drugstore a few blocks down. Nothing. ONE BOX of the old fashioned Tampax, with the hulking paper applicators. One of those things is like a particularly grueling visit to the gynecologist.

CVS reserved a spot for O.B. on a top shelf. It was empty. I began to feel angry. The city was depriving me of something incredibly basic. I felt betrayed. And vulnerable. But mostly angry.

I realized I had never noticed how many other tampons had cluttered up the market. Posing, evil, smug tampons with their tricks and their accessories. I felt alone. The only woman left who didn’t mind touching her own body, rather than injecting the tampon through a foot of peach-scented plastic. Which is really too harsh. I’m sure those women are really nice. And normal. And I know plenty of them. And they just don’t want to get any blood on their hands, which is pretty understandable. And they learned somehow how to administer the injections without hesitation or fear. I am the minority, after all. They are the ones who run the world. So what do I know?

I rushed to the next store, a grocery store, desperate now. I was being edged out of the market by a horde of sleek, silent women who loved plastic applicators. If I complained, other women would give me a little pitying smile, and reflexively pat their stylish purses, where their supply of Playtex never dwindled. They’d think to themselves, “What a primitive little thing she is. Might as well be using moss!”

I told Bear about everything. He was as sympathetic as a guy can be. He said, “Why don’t we just order a lot of them online?”

I couldn’t believe I hadn’t thought of that. Online tampons? It really is a new world. We paged through website after website until we found the perfect selection. And we ordered them.

I felt a little safer. And also extremely thankful for pads.